The American dream I wanted didn't come with
​the picket fence ,It came with making Impact

KO is VP of Human Resources for TRU Colors Brewing, where she is the force behind defining a company culture that drives both personal and professional growth. She is also responsible for training & development | hiring & firing .

​In her “free time”, KO is also an accomplished author, speaker , Perpro Trainer & core coach to women intra & entrepreneurs  as well as organizations that need assistance in strategically aligning their human capital to the vision and mission of their  company . She is also the founder of Dirty Hr

Book Your Complimentary 30 Min Core Call
Khalilah Olokunola “KO” was born and raised in Brooklyn NY.  She he spent much of her teens active on the streets of Brooklyn and Troy NY with what many view as the cities’ most notorious street gangs—Bloods, Crips and Folks.  She eventually faced the consequences of her activities and lost her name for 4-years to a Department of Corrections number.

Throughout it all, KO remained adamant about the importance of education in her life, and spent nights imagining the American dream she saw on TV.  It didn't include a picket fence, but instead her dream was an opportunity to impact the lives of others.
Today KO is VP of Human Resources for TRU Colors Brewing, where she is the force behind defining a company culture that drives both personal and professional growth. She is also responsible for training & development | hiring & firing . In her “free time”, KO is also an accomplished author, speaker and personal core coach to women intra & entrepreneurs.


Here's some of the in between of her story

After facing a myriad of scenarios that she reaped the consequences for - losing her name to a Din number , she landing a job working for Forbes magazine featured DWIC , where she was EA then eventually leaving as Jr. VP & relocated to Wilmington NC to get married where she started ABE an event & set design firm garnering an impressive list of celebrity clientele whose work has been featured in print, online & TV in the US and overseas in UK & Australia . Some of her past clients include Former Chairman of Monster Worldwide, Former president of Daimler Chrysler and other C-level executives, Pro Football players & movie production companies including Will Ferrell's HBO East bound & Down.

Khalilah is the standing chair of The New Hanover Commission For Women receiving an acknowledgement from the White House in 2011 for her work in reviving a defunct board during Women’s history month, Founder of Powerful Women, Co-Founder of Wilmington Fashion Weekend & Partner of Smart Stylenista - The first collaborative/coselling fashion tech platform. She has been sourced as an expert for News Channel 14, WWAY, FOX  & WECT stories. She has been named a Woman to Watch by WILMA magazine & nominated for Women of Achievement award by the YWCA. Khalilah also received 4 Industry awards including 1 for the WIA hall of fame . She attended college both in NYC & NC and has completed open coursework at M.I.T uLab & Harvard University on Entrepreneurship, Leading from the Emerging Future & Deliberations of Social Change . She holds additional certifications in Executive development| Workforce development | Peer counseling & HIV Pre/Post test counseling.
​
Khalilah sold ABE to follow her passion of developing women professionally & personally. This passion led her to a chance encounter with a serial entrepreneur who was opening TRU Colors - A For Profit company with a social mission to unite gang rivals and decrease violence across the country . Khalilah was able to use both a broken past & her proven track record first as a contractor then as  Vice President of Human Resource for TRU Colors.

She continues to coach strong women,  diverse startup teams & faith based orgs that are ready to get to the CORE who they are individually & collectively as a team.

She is the author of Be Brave & Brave Vision , both interactive workbooks & journals of intentional lessons of leadership for powerful women who aspire to lead.

​Khalilah is a passionate speaker &  is happily married to Al, mom to Anastasia, Shamiya, Kairos' & Adam. Along with a pup named Ms. Bailey they call Wilmington home by way of Brooklyn NY 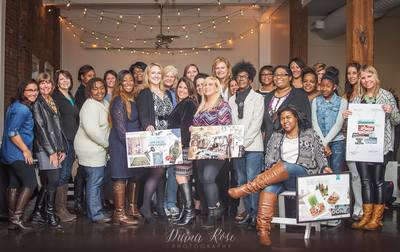 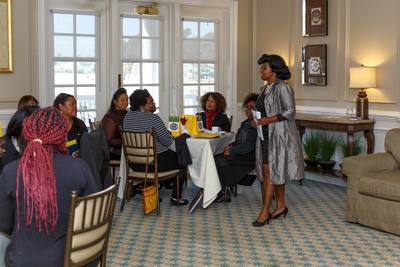